The investigation and research results provide information for future exploitation and the sustainable development of Taiwan.

In order to investigate potentially unconventional resource, the Central Geological Survey (CGS) of the Ministry of Economic Affairs (MOEA) has launched a 12-year gas hydrate investigation program since 2004 to study the geological characteristics of potential gas hydrate emplacement in the offshore areas of southwestern and southern Taiwan. 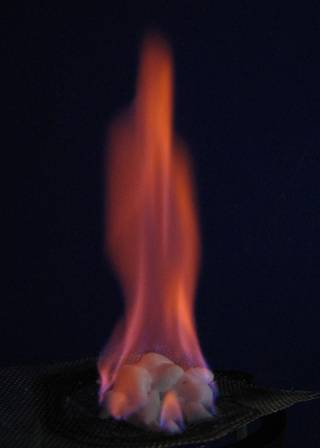 The major tasks include:

A. Geological survey of the potential gas hydrate areas: Intense marine geological, geophysical and geochemical investigations were carried out in prominent prospect areas. The surveys aim to understand the geological controlling factors for gas hydrate distribution, emplacement, sources of gas and their migration.

B. Results of surveys: A GIS-based database and web site has been established to archive all the data collected from the gas hydrate project for reference and further work. In addition, recent progress has led to some published technical reports and research papers.

Investigation results show that gas hydrates are widely distributed in the offshore area of southwestern to southern Taiwan in an area over 37,000 km2, from the depth of 500 meters to over 3,000 meters. Twelve prospect sites of potential gas hydrate were selected based on the investigation results. The gas resource estimations of the 12 prospect sites indicate that the total P50 calculated amount of methane sequestered in the gas hydrates could be as high as 1.58×1012 m3.

Since the establishment of the CGS, mineral resource investigation has been one of the major duties. Previous works include geological investigation of gold and copper deposits, as well as gravel and sand resources from both in-land and off-shore areas. 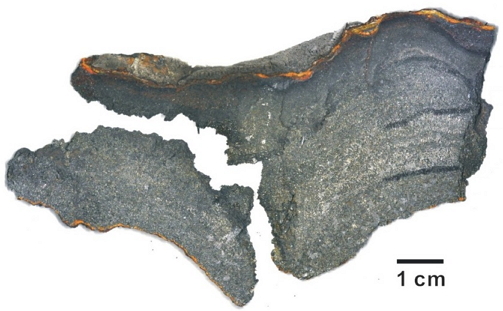 Details are as follows:

A. Mineral resources investigations: The geological characteristics of both in-land and off-shore sand resource, and potential metallic deposit areas were investigated to assess the possibility for future explorations and exploitations.

B. In order to understand and assess potential mineral resources in the offshore area of northeastern Taiwan, a mid to long-term geological investigation project was initiated in 2016.

• 1991 to 1996: Completed the investigations of marine sand and gravel resources in near-shore areas.

• 1995 to 2001: Completed the investigation of lead, zinc and copper veins in the Chinmienshan area of Toucheng area, Yilan County.

• 1998 to 2002: Completed exploration for buried epithermal gold deposits in the southern Chinkuashih area, and found the existence of Au mineralization underlying the prospect area.

• Initiated a four-year geological investigation project for potential mineral resources in the Southern Okinawa Trough offshore northeastern Taiwan and found the widely occurred of hydrothermal activities and mineralized mounds in the west of the Yunaguni Knoll IV area, imply the mineralization of Au, Ag, Cu, Zn and Pb.

Gradually, a complete hydrogeological monitoring system of Taiwan was established by now. 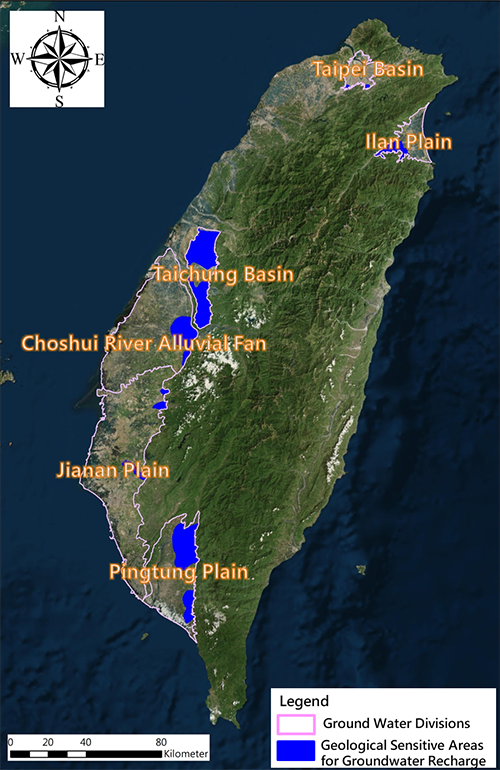 B. Completed hydrogeological surveys and assessing the groundwater resources in mountainous areas

• 1992 to 2008: Completed the hydrogeological investigation of the potential groundwater resource area in Taiwan to establish the "Groundwater Monitoring Network".

• 2007 to 2017: Completed hydrogeological surveys in the mountainous areas of the central and southern Taiwan.